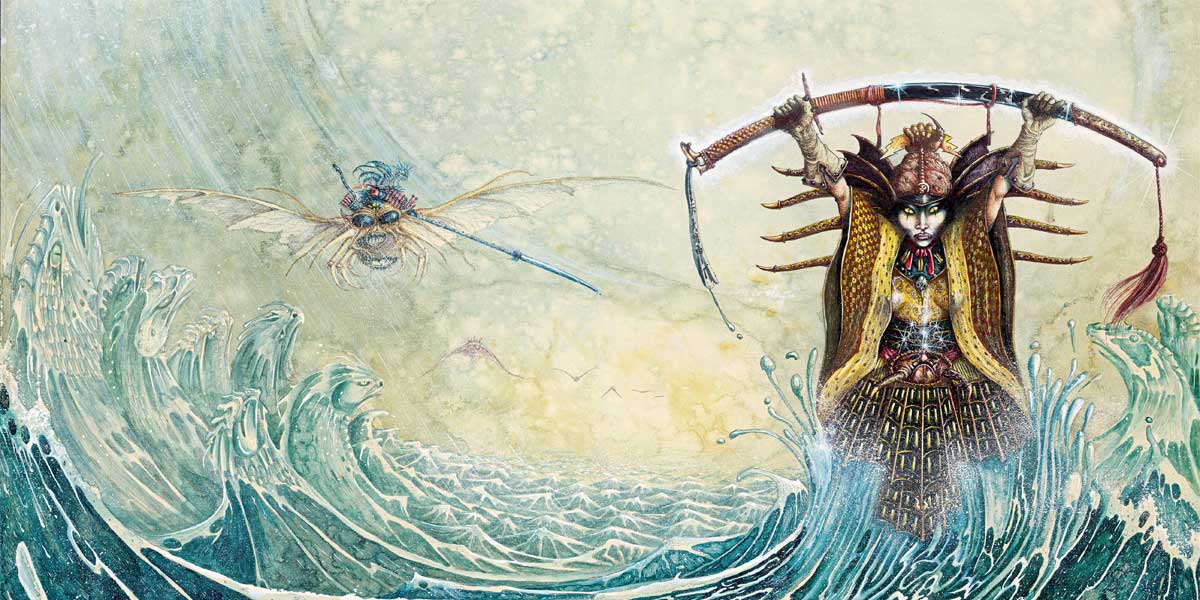 A Brief Guide to the Work of John Blanche

British fantasy and science fiction artist, John Blanche, is famous for his finely detailed and imaginative illustrations for books, magazines and record covers during the 1970s and 1980s.

John attended Art College in the 1960s and developed his interest in the Hobbit and Lord of the Rings novels by J.R.R Tolkien, which feature in the John Blanche Prints collection: See Battle of Five Armies (from The Hobbit) & Downfall of Númenor (from Lord of the Rings). Both titles featured in David Day’s A Tolkien Bestiary (1978).

John Blanche spent much of the period working on magazines including Games Workshop, Dungeons & Dragons and Warhammer Fantasy Battle, and later became art director at Games Workshop. Many of the influences of this work can be seen in this collection of John Blanche Prints, with battle scenes and sci-fi featuring heavily. See The Blasted Streets & The Burrow Drake for two fabulous examples.

The 24 John Blanche Prints available to buy on this website comprise a private collection of original fantasy artworks by John Blanche from the 1970s, and permission has been kindly granted by John for their release in fine art Giclée print. Each print is embossed with the John Blanche Prints logo for authentication.

Your illustrations are printed to order to the exact same dimensions as the original. The Giclée printing process enables excellent colour reproduction and is printed on 305 gsm Hahnemühle fine art material with light fast inks for up to 100 years.

Order now for delivery in the US, Australia, New Zealand, Japan and across the EU. For all other overseas delivery options please contact us with your requirements.

Images on this website are processed for optimal download speeds. They are therefore illustrative only and do not fully represent the amazing colour reproduction and fine detail that the Giclée print process achieves. Please be assured that your John Blanche Print will be of the highest possible quality.